It was a week full of damage control for the world’s leading accounting firms as they try to save their reputation and keep their clientele engaged amidst allegations of employee misconduct and large gender pay gaps.

Take for instance, Ernst and Young’s (EY) office managing partner in South Australia, Don Manifold, who recently left his post at the firm’s Adelaide office because he was found guilty of violating their code of conduct.

As a sign of transparency and commitment to clean their ranks of such unacceptable behaviors, Tony Johnson, Ernst and Young’s Australian chief executive, notified EY Australia employees via email about the investigation report and stressed the firm’s stance on bullying and harassment. Mr. Johnson likewise urged employees to report such cases and assured them that each report will be taken seriously and in confidence. “My ask of all staff and partners is to recognize and reward positive behaviors and to call-out unacceptable behavior whenever you see it; whether in the workplace or out of the workplace,” he said.

Mr. Manifold will be replaced by Mark Phelps, a senior auditor of the firm’s Adelaide office and is associated with several reputable organizations such as the Adelaide Football Club, Catherine House, Access2Place, and United Way SA in various capacities.

On the heels of this controversy EY released their gender pay gap numbers in the UK. EY reported

Not only do women working at EY face harassment, but it seems like you have to earn less than the men harassing you. EY stated that they are invested in transparency around this issue, and they are also invested in over 20 initiatives to reduce the gender pay gap.

It wasn’t just Ernst and Young that was all over the news last week because of a ‘scandal’. In fact, KPMG had to do damage control themselves when Adrian Lanzilli, their South Australian partner, was involved in a sexual harassment case. He, too, tendered his resignation, but without even waiting for the investigation to begin. And, yes, it doesn’t just end in Australia as KPMG’s reputation has been tarnished in the United States, United Kingdom, and in South Africa due to serious allegations of misconduct and questionable work quality.

To make matters worse, KPMG along with the rest of the Big Four accounting firms have been called out because of the way they manage controversies – either related to their employees or the actual audit work they produce – in their local partner offices. Critics say that the very nature of the organization’s structure is to blame the lack of accountability on the firms’ headquarters. Critics claim that while the firms’ global offices uphold a strong brand and reputation, and provide strategic guidance and oversight, they have little to no control over what their local employees are doing and how they are executing their work. The critics also assert the the Big Four’s global offices actually prefer it that way to keep their risk low. They want their affiliates’ issues to be resolved locally, as if putting up a firewall, so that the local noise won’t get escalated to the global level and make the firms lose their major clients. “The only time you hear ‘Well, we’re not all KPMG’ is when they get sued”, quipped Steven W. Thomas, a lawyer handling cases against accounting firms.

To address this problem, the Public Company Accounting Oversight Board (PCAOB) required accounting firms to disclose if they are working with local affiliates in conducting an audit. This move, which started last year, hopes to tighten global controls over local affiliates and protect US-based firms and their clientele. Ultimately, scandalous local offices may have to be dissociated from the global network to maintain the firm’s credibility. PCAOB Chairman William Duhnke, however, acknowledges that this might be a bit challenging given that the local affiliates are also protected by their country’s policies on licensing and ownership, and will thus be difficult to open an investigation if needed.

Meanwhile, Deloitte is faced with a somewhat different yet still workplace-related issue. Their UK branch is being slammed by critics for paying their female employees 43.2 percent lower compared to their male counterparts. The gap represents a wide disparity between the opportunities available to male and female workers, particularly at the senior management level. This was supported by the statement made by Emma Codd, Deloitte UK’s managing partner for talent. She said, “These calculations again serve as a stark reminder that we don’t have enough women in senior roles – this is not about unequal pay, but the shape of our firm.” 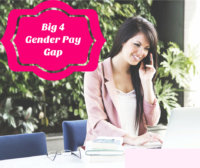 Deloitte UK revealed this information in response to the requirement imposed by the UK government to companies with over 250 staff.

Last year, Deloitte UK reported that the mean salary gap is only at 18.2 percent because they deliberately excluded highly-paid executives and partners from the equation. Political groups harshly criticized the accounting firm, as well as other global companies like Ernst and Young and Barclays for inaccurately reporting their pay gap. Lawmaker Nicky Morgan even accused them of exploiting a technical and legal loophole through their selective computations.

However, Deloitte wanted to make things right and revised their report. We “listened to the calls for firms such as ours to do more in how we report gender pay data. We are firmly committed to transparency and achieving consistency in gender pay reporting standards,” explained David Sproul, Deloitte UK’s senior executive.

Needless to say, issues like this can have a huge and lasting impact on the reputation of accounting firms and other global brands. If left unresolved, they may lead to less clients or may even throw a company to a downward spiral pretty quickly. Deloitte, partly because of controversies in their local affiliates, has actually lost six clients, which in turn, made them slide from the top to third place of the FTSE 250 auditor rankings.

On a more positive note, PricewaterhouseCoopers (PwC)  added six new clients in the first quarter of 2018 shooting them to the top of the FTSE 250 auditor rankings.

In a move to even widen its lead, PwC created the role of a Chief Experience Officer and handpicked Roger Gagnon to be the first executive to fill up this important post. With this, PwC looks to carry out its new consulting strategy of “combining business, experience and technology to help clients accelerate their business transformations.” This role will help PwC expand their growth into marketing and design as this role will focus on user design in the technology industry.

Mr. Gagnon’s credentials, with over 15 years of working in this field across the globe, make him perfect for the job.