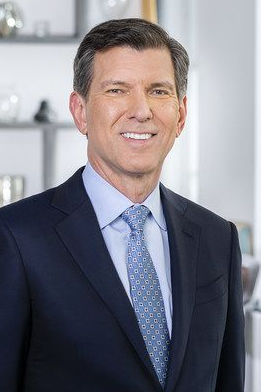 It had been some time since Lynne Doughtie said that she would step down as CEO of KPMG U.S.

Many people have speculated as to why she didn’t pursue a second tenure. Each of these CEO’s gets a tenure of 5 years, and then they typically renew until they retire. Just look at P Scott Ozanus. He’s been in that position since 2012. That’s 8 years in that role.

However, Lynne Doughtie did not pursue a second term as U.S. CEO. She could be possibly stepping down related to their recent audit scandal or she could just be taking an early retirement. We will not know. This is the second Big 4 female CEO who has decided not to renew her term. The other was Cathy Engelbert of Deloitte. She decided not to renew her term and instead became the commissioner of the WNBA. It seems that not many women want to stay in big four leadership. I say this as well because both were replaced by older white men instead of a woman or a minority.

They also named a new vice chair Laura Newinski who will be taking over for P. Scott Ozanus. What this means is that Paul will run the day-to-day of the U.S. region while Laura Newinski is responsible for KPMG’s North and South America region which includes the U.S.

Bill Thomas is still going to be in charge of KPMG global. If you remember when Bill Thomas took over, you might remember that he is from Canada. KPMG is more of a global firm from that perspective. They don’t automatically choose U.S. leaders to lead the global firm like other firms. This also shows up in their culture. They aren’t as aggressive when approaching growth as other firms.

Let’s take a further look into Paul Knopp’s background. He’s been with the firm for over 36 years and was in the audit practice. He went to the University of Texas (hook em horns) and started out in the firm’s San Antonio office. Like all big shots though, he ended up in New York. It says that he was on some of the firms largest clients. I’m guessing this most likely means GE.

Both of them in their intro video as new leaders say that their favorite thing about their firm is their teams. I’m guessing this is meant as a recruiting measure since there is a leadership change and the existing CEO did not want to stay. I’m sure they are trying to show that KPMG is a good place to work. They don’t talk about their careers or adding value to clients. I’ve never met a partner that said their favorite thing about working at a big 4 firm was the team or developing their people. They always speak about the clients they have and their personal accomplishments on those large clients.

They also speak about the integrity and character. This is also necessary for them to comment on after they had members of their audit leadership collude to cover up inadequacies in their audit files before PCAOB inspection. KPMG settled this matter for $50 million. Six members of KPMG were charged by the DOJ and SEC.

Laura was in the tax group when the KPMG tax shelter scandal occurred. In that fraud, KPMG had to pay $456 million for criminal violations. That was the largest ever tax shelter fraud case. KPMG could have been bankrupted, but the government kept that from happening because of the implications of another accounting firm going under like Arthur Andersen.

Both of these partners were at KPMG when huge frauds occurred in their departments that damaged the firms reputation. The fact that they did not address that in their videos when speaking about teams and integrity is a bit concerning.