A tik toker named Claira Janover was fired from her job at Deloitte for threatening Trump supporters. Claira Janover reportedly worked in Connecticut. She previously graduated from Harvard which is what most of the headlines state about her. 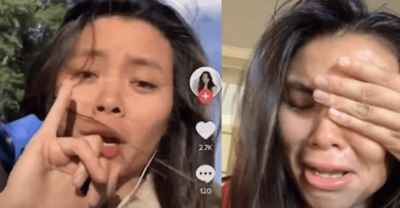 The reason she lost her job is because she was threatening to stab people that say all lives matter. She also had other videos on her channel that threatened violence against others.

After she was fired she stated that she was sad to lose a job that she worked really hard to get. She blames Trump supporters for her taking her job away from her. She said that her future is compromised because Trump supporters are trying to ruin her life.

Let this be a lesson to big 4 accountants out there. It has been known for a long time that employers check your social media. This is especially true before interviews. Make sure that you don’t post anything controversial to your social media if you want a big 4 job. It is true that there is freedom of speech in the United States, but now is a tumultuous time and corporations are trying to navigate these times carefully. If you say or do anything controversial on your social media, your employer might choose to distance themselves from you.

I’m sure Claira will be fine. She will find a way to support herself by taking advantage of various online platforms or she can turn this into a consulting business. She said that she is going to make an impact on the world despite Deloitte’s decision to fire her.

Don’t think that you can threaten violence on the internet and expect to have a job in a large accounting firm. There are too many clients that would not want to have this type of person on their account.

UPDATE: Deloitte states that Clair was never an employee. She was scheduled for a 2 week internship but that was cancelled due to her threats of violence.