Deloitte is the largest professional services firm in the world. They provide audit, consulting, financial advisory, risk management, tax and other services through their member firms.

1833 – Deloitte starts all the way back in 1833 when its founder William Welch Deloitte first became an accountant.

1857 – Deloitte’s first partnership with another accountant, Thomas Greenwood, was in 1857. The firm changed its name to Deloitte and Greenwood.

1905 – Deloitte collaborated with Haskins & Sells for the first time. The two would later merge.

1933 – Deloitte was instrumental  in convincing the United States Congress that independent audits of public companies was vital to the financial economy.

1960 – Touche, Ross, Bailey and Smart was founded in 1960 through a merger between Canadian and UK firms.

1972 – The chairman of Touche Ross which is one of Deloitte’s founding firms helped establish the Financial Accounting Standards Board in 1972 (FASB).

1978 – The name Deloitte Haskins and Sells was adopted.

1989 – Deloitte as we know it today emerged from the merger of Deloitte Haskins & Sells and Touche Ross in 1989.

2017 – Deloitte is the largest professional services firm if you rank the big 4 accounting firms by revenue.

2022 – Joe Ucuzoglu takes over for Punit Renjen as global CEO

Deloitte came up with basic design of their current logo in 2003. The primary change was to add the green dot. Deloitte says that this reminds people that Deloitte is here and ready to be remembered.

Deloitte updated the logo on June 15, 2016. They called it a brand refresh. This is most likely because other big 4 accounting firms have updated their logos since Deloitte last updated theirs. They pointed to the number of things that have changed since the initial creation in 2003. 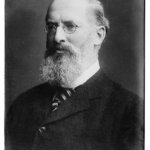 George ToucheFounder
George Touche is another founder of Deloitte as Deloitte eventually emerged with his firm Touche Ross & Co.

Deloitte’s 2017 revenue topped $38.8 billion in 2017. This makes them the largest accounting firm in the the world for the second straight year.

Deloitte’s revenues totaled $35.2 billion for their 2015 fiscal year. This represents about an 8% increase over 2014.

Deloitte consulting contributed about $12.2 billion to the total 2015 revenue.

$18.3 billion of that revenue came from Deloitte’s Americas region.

How many parnters does Deloitte have?

Learn more about Deloitte’s leadership by toggling the bullets below.

Joe Ucuzoglu – Joe was previously the CEO of Deloitte US. He took over for Punit Renjen.

In a recent 2017 conference, Cathy stated that she thinks there are 3 trends that have the potential to change the accounting industry.

She believes that technology has the ability to one day audit a financial statement to 100% assurance. As far as demographics goes, she believes that millennials will change the way the big 4 work in the future.

Technology that Deloitte developed or utilizes

What is auvenir? Auvenir is a technology that Deloitte has developed internally and they developed it internally by creating a start up within Deloitte. The reason that they created it is because their was a Deloitte executive that lost sleep over the potential for technology to replace auditors and accountants like Deloitte.

The platform uses cloud-based storage, machine learning and artificial intelligence to improve workflow and collaboration between auditors and their clients.

Deloitte acquired an advertising company called Deloitte Heat which was an award winning advertising agency. They acquired them in February of 2016.

Learn the answer to questions about Deloitte by using the toggles below.

Deloitte is a professional services firm that primarily focuses on accounting and more specifically the auditing of various companies’ financial statements.

How Many Employees Does Deloitte Have

Who is the CEO of Deloitte

What does Deloitte do?

Deloitte LLP is primarily an audit firm which means they are responsible for auditing the financial statements of public companies. They also offer tax and consulting services to their clients.

Deloitte is audited by the PCAOB. The PCAOB stands for Public Company Accounting Oversight Board.

Where can I find the Deloitte Stock Price?

Deloitte did not make the Fortune 500 ranking in 2015. Learn where we would think they might land on our Deloitte Fortune 500 page.

Deloitte is a partnership, so it is owned by the partners of the firm.

As was discussed in the Deloitte Wiki detail above Deloitte operates through a network of firms across the globe. Deloitte is the brand that all the member firms use under the umbrella of Deloitte Touche Tohmatsu Limited.

For example in the US, Deloitte operates under the entities Deloitte LLP and Deloitte USA LLP. Furthermore, Deloitte has other entities that allow Deloitte to provide services within the United States while limiting risk.

The entity that provides the work would most likely be detailed in the engagement letter with the client requesting the service.